A European Journey Through Two Crisis

“An insider of the European Commission since the late 1980s, Marco Buti is a unique guide through the two crises of the 21st century.” - Giuliano Amato, former Prime Minister of Italy

“Marco Buti and I have not always agreed on issues of economic policy. But I cannot think of somebody more qualified to tell us about the travails of Europe since the Great Financial Crisis. He was there all along.” - Olivier Blanchard, Senior Fellow at Peterson Institute for International Economics

“This collection of VoXEU contributions shows how history is made. Marco Buti, a man inside the vortex of the making of European monetary history, produced and published a steady stream of reflections, analysis and reform proposals on VoxEU." - Beatrice Weder Di Mauro, President of the Centre for Economic Policy Research

“To go from point A to point B in Europe is rarely a straight line. Actually, trying to take a straight line is often the best way not to get to destination.” This is one of the lessons drawn by Marco Buti, one of the very few top policy makers who went through the financial and the sovereign debt crises and, lately, the pandemic crisis, which plagued the European Union over the past twelve years. This book, which brings together his real time input to the economic and policy debate, traces the intellectual journey leading to the design and implementation under duress of difficult policies and controversial reforms. His contribution is the graphic demonstration of Jean Monnet’s dictum that Europe will be forged in crises and will be the outcome of the responses to those crises. The book explains the analytical and empirical foundations of European policy choices that involved a delicate balance between economic, institutional and political considerations. What emerges is a new compass that helps understand the policy strategy the EU has adopted to fi ght the economic fallout of the pandemic.

Marco Buti is Chief of Staff of the Commissioner for Economy, Paolo Gentiloni, and was Director-General for Economic and Financial Affairs at the European Commission between 2008 and 2019. He has been the Commission Finance Deputy at G7 and G20. A graduate of the universities of Florence and Oxford, he has been visiting professor at various universities in Europe. He has published extensively on Economic and Monetary Union, the political economy of European integration, macroeconomic policies, welfare state reforms and global governance. 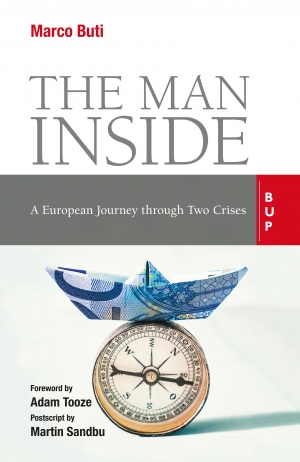