Psycology of the Associated Minds

These lectures are a crucial step in the long maturation of the thought of Carlo Cattaneo (1801-1869). They represent a change of paradigm, from the perspective of the individual, to that of the associated man, who in the course of history builds collective ways of thinking and acting, languages, religions, organizations, social systems and, in doing so, transforms both nature and society. In the lectures Cattaneo develops the idea of social psychology, the relevance of scientific thought as the source of human progress, the better performance of open social systems as well as the dynamics and the constructive role of the antithesis. In this volume the six lectures are collected and presented in a critical edition by Barbara Boneschi. A comprehensive essay by Carlo G. Lacaita reconstructs the intellectual path of the great Milanese thinker and enlightens some key interpretative points.

Author: Carlo Cattaneo (1801-1869) is one of the most prominent liberal and federalist thinkers of the Nineteenth Century. His interests were spread over many areas of humanistic and scientific-technical knowledge. Between 1859 and 1866, at the time of Italian nation-building, he delivered six lectures at Istituto Lombardo Accademia di Scienze e Lettere, the subject was the Psychology of the associated minds, as he creatively defined them. 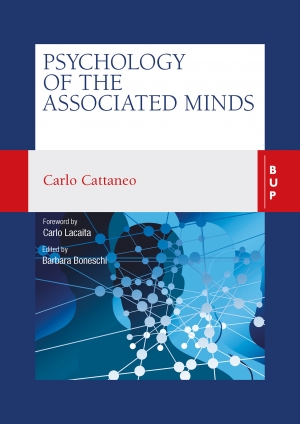