Along the Belt and Road Initiative

The book deals with the interplay between two strategies promoted by China in the 21st century to increase its integration into the world economy: Belt and Road Initiative-BRI and the internationalisation of the renminbi. They came about at different times and with complementary aims, with a great synergy between them. On the one hand, greater international circulation of the renminbi is indispensable for the completion and smooth functioning of the BRI: the vast financial resources needed to implement BRI projects around the world cannot be denominated in renminbi (which has no real official circulation outside China), but require an international reference currency, mainly the US dollar. On the other hand, the BRI provides a formidable platform for pursuing an ingenious currency strategy of gradually increasing the international circulation of the renminbi. As it becomes more widely circulated outside national borders, the "people's money" thus becomes an instrument and vehicle for China's growing power over its economic partners.

Alessia Amighini is Co-Head of Asia Centre and Senior Associate Research Fellow at ISPI. She is Associate Professor of Economics at the Department of Economic and Business Studies at the University of Piemonte Orientale (Novara, Italy). Amighini previously worked as an Associate Economist at the United Nations Conference on Trade and Development (UNCTAD, Geneva, Switzerland). 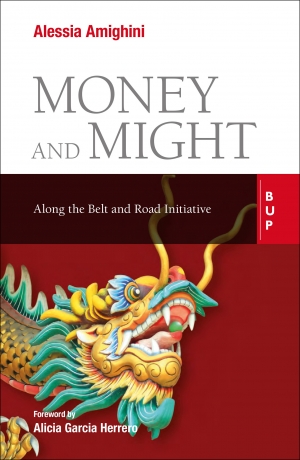